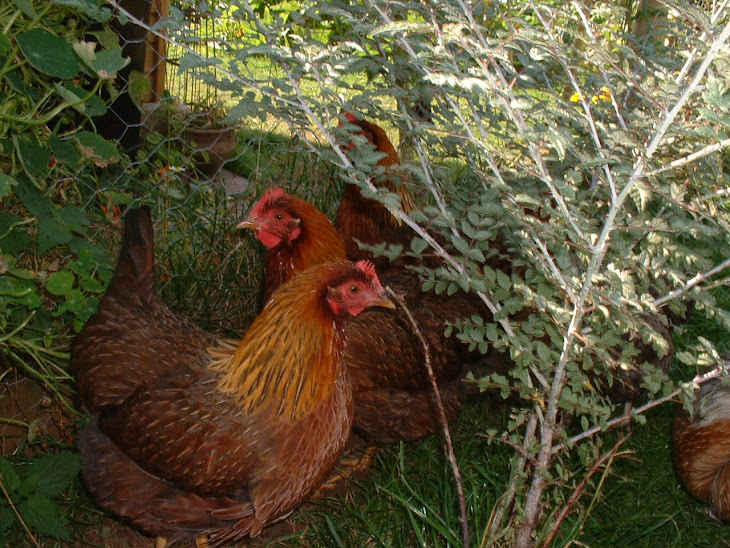 Today 2012's breeding season came full circle.The first egg was laid by one of this seasons pullets and the last chick of the season hatched.


Earlier this year - 21 weeks ago - I set the first of the seasons eggs from a mix of breeds running with the Welsummer cockerels, to test their fertility before penning into breeding groups.

Fertility proved to be high and hatch rates good, even if the majority of the first few hatches were mostly cockerels.

One of the first chicks, that wasn't male was from a Speckled Sussex hen who was running with the Gold Duckwing Welsummer. The pullet's colouring and markings are unusual and she is going to be quite a large bird and probably a great broody.

Her first egg is obviously smaller than it will be in a few weeks time and possibly a little lighter too but I expect her to be good layer. 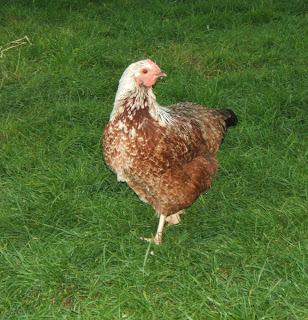 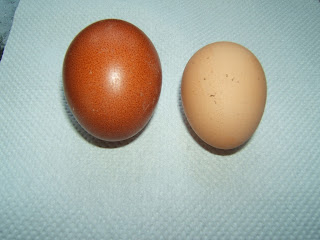 
In contrast, today also saw the last chicks of the season hatch. It was a chance hatching and if I was a little tougher probably wouldn't have happened.
I had set a novice broody on a clutch of a dozen eggs only to come home the next day to find her off the nest and the eggs cold.Rather than ditch them I popped the eggs into the incubator until one of my trusted hens became broody. I placed 8 of the 12 eggs under her. 2 she kicked out the next day, they were in fact clear. A couple of days before hatching she kicked out 2 more clear eggs leaving her with just 4. Two have hatched and she is still sitting tight on the two remaining eggs but I'm not convinced they will hatch.

Two chicks  - more than likely male - to one hen isn't the ideal way to end an otherwise successful breeding season, but they are very cute ! 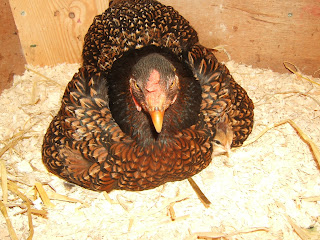 Photo: One of two? chicks under mum.

Fresh Eggs for sale at the gate most days or if you prefer you can place an order. 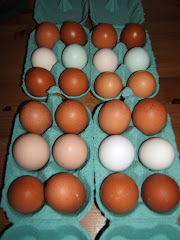 The 2013 breeding season is coming to a close with the last two hatches due over the next couple of weeks. ( early to mid August)
So the last chance to buy young stock this year

The breeds will be:

and I will get back to you as soon as possible

Like generations before, we have for many years kept a few hens to provide us with a fresh supply of the tastiest eggs with deepest yellow yolks imaginable.
Over time we have increased our numbers and now run small breeding flocks of Exchequer Leghorns, Gold Duckwing Welsummer, Partridge Welsummer and a mixed flock of traditional heavy breed birds to provide us with both meat and eggs.

We believe in caring for our birds in the most natural way possible, giving them all plenty of space to run free and mostly hatch and rear the young naturally using broody hens.

We live in Kingsbridge, South Devon.

We are DEFRA registered.

Also a member of The Welsummer Club

Hatching eggs and birds are sometimes available.
For further information please contact me at


KEEPING UP TO DATE

Most of the photos on this site can be enlarged by clicking on the image.The back button will take you back to the original post